The ancient astrology has divided the zodiac into 27 Nakshatras or constellations each of 13.20 degrees. A Nakshatra can also be called as the lunar mansion or the constellation. Its mention can found be in the age-old Vedic scriptures. According to Hindu mythology, there are 27 Nakshatra which is different from Zodiac. The Nakshatras are believed to be the daughters of king Daksha. It is said that the Moon is married to all of these 27 Nakshatras and that is why the Moon spends one day each of these nakshatras. The lunar month is of 27 days which is equal to the numbers of Nakshatras. These constellations are divided on the basis of traits like sex, deity, caste, species, etc. The constellation, in which an individual’s moon is placed at the time of birth, is known as its Janma Nakshatra or the birth star. These Nakshatras are further divided into four more quarters known as Pada, each having 3.20 degrees and is called as Navamsa. The placement of planets in these ‘Pada’ or subdivisions is carefully studied for future predictions. Each of the zodiac sign covers nine Padas in total.

The Sthira or Fixed constellations are mainly Rohini, Uttara Ashadha, Uttara Phalguni, and Uttara Bhadrapada. These are favourable for works like that of stability and long term goals like purchasing property, construction of a home or a factory. It is considered more auspicious if these nakshatras fall on Sunday.

The Chara or movable constellations are mainly Swati, Punarvasu, Shravana, Shatabhisha and Dhanishtha. These nakshatras are most favourable for purchasing automobiles, starting gardening, planning a journey and travel. It happens to be more auspicious if these nakshatras fall on Monday.

The Ugra, also called ‘Fierce’ constellations are Bharani, Purva Ashadha, Magha, Purva Phalguni, and Purva Bhadrapada. These nakshatras are suitable for deeds like demolishing a structure, announcing imprisonment and works that require force, confronting enemies, and weapons. It is considered to be more auspicious if the Ugra constellations happen to fall on Tuesday.

The Kshipra or Swift nakshatras are Pushya, Ashwini, and Hasta. These constellations are favourable for trade and commercial transactions, admission in educational institutes, use of the medicine, taking or providing loans, journey and travel. It will be called more auspicious if these nakshatras happen to fall on Thursday.

The Mridu, also known as Tender nakshatras are mainly Chitra, Mrigashira, Revati and Anuradha. These nakshatras are favourable for making new connections and enjoyment of pleasures, dance, romance, drama, fashion, writing poetry. It is considered to be more auspicious if these constellations fall on Friday.

The Tikshna, also called Sharp constellations are mainly Ardra, Jyestha, Mula and Ashlesha. These nakshatras are favourable for punishment, exorcism, hypnotism, goblins, evoking of spirits, demons and so on. It is believed to be more auspicious if these nakshatras come on Saturday.

The Misra or called mixed nakshatras are namely Krittika and Vishakha. These nakshatras are favourable for actions like worshiping, purchasing furniture, fire ceremonies, and electronics. It is believed to be more auspicious if any of these constellations fall on Wednesday.

It was good experienced with Mr chawla. Whatever he said or advised me to do really helped me a-lot. Thank you so much Manav bahiya. 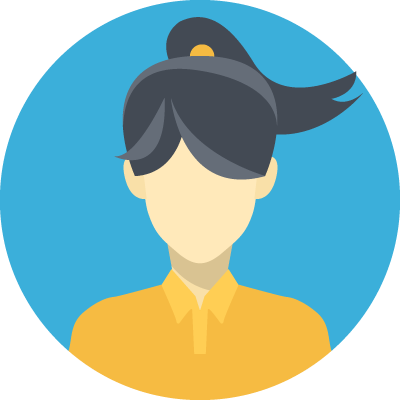 Very accurate readings. I am too impressed with Manav ji's vast knowledge of astrology & Vastu. He is always there for my eavery quary. Above all he is a very nice human being

High impressed with knowledge Manav has for his field and can see difference it is making to our lives following his simple suggestion. Really appreciate.

I have interacted with Manav Serval times.He comes across as a mature professional with deep knowledge of his subject and offers profound solutions for any of our problems.

Manavv Chawla is extremely professional n guides you to the right path whether its astro or vastu.

I am grateful to Manavv Chawla for his profound services, he has complete knowledge & Command on Indian Ancient, Vaastu & Astrology , he is adept in providing Vaastu recommendations to homes, offices, industries & other commercial establishments, he very patiently studies the issues & problems of his clients and deliver responsible suggestions, that do not need any major structural changes.

It's very well organised and attractive